Where did "Frailty and Flares" come from?


A Tragedy or a trauma, can be considered both cause and consequence. They raise the despair. There is aesthetics to sorrow and despair.
The artist is the origin of the meaning, whose personal experiences determines the product's form and content. The self-expression, narcissism in poetry, are the devices which facilitate the birth of the meaning, i.e., the development of the artist's mind.
Moreover, the personal poems, which are introspective in nature, are occasionally in a close correlation with sadness, melancholy, and madness. The mentioned attributes also make up certain areas of our interest in both poetry and music; for example, the fear, suspense and darkness of Edgar Allan Poe is highly appealing to us.
The opposing forces, the coerced social codes, philistinism, cultural codes of bourgeoisie, pop culture, a bad-gone relationship, or existential pain, can be contingent sources or motifs, which enable the poet or musician to express the subjectivity of the mind. It is very probable that the pain which the artist experiences as the primary stimulant to the process of expression and impression, can assist the audience to find his/her inner thoughts in the outside world; therefore, the possibility of sharing the experience is very real. However, we plan to use our particular emotions and state of mind to enrich and modify the perceptions of our surroundings. It is an area of our interest to refresh and animate the perceptions by adding our invented images and expressions.
The existential crisis and the repudiation of the well-established moral and social codes surely contributes to the despair; however, the mentioned form of despair and crisis leads to a specific form of freedom that can be considered a new worldview and a sublime intellectual accomplishment or evolution. The above-mentioned freedom originates from a specific form of rebellion which rails against the creation and protests against the human condition, or generally 'being', since this rebellious viewpoint assumes the human condition to be predominately devalued by gradual decay and ruined by eventual death. More precisely, this viewpoint criticizes human condition on the grounds that mankind is forsaken in a state of isolation, uncertainty and vulnerability by its creator (from a metaphysical viewpoint).
So is there anything as pure and untainted as despair? They purify the inner thoughts and they result in a constant dignity, self-celebration and valuable egotism: the influential poet of the Romantic era, Charlotte Smith in a collection that was a contribution to the rise of personal poems, describes the poems by the phrase: “Querulous Egotism”.
We invite you to listen to Frailty and Flares (Marek Starx and Xakestar) and Curse on My Eyes: two different approaches to the subjectivity of a specific kind of mind that is troubled by despair and trauma.

Xakestar in Press, and Critical Comments

Check out More Music from Xakestar

All you need to know about Xakestar's struggles and its intriguing history. Please click Here.

You can listen to most popular Xakestar songs via Spotify.

Please Click on the image to go to Xakestar's iTunes page. 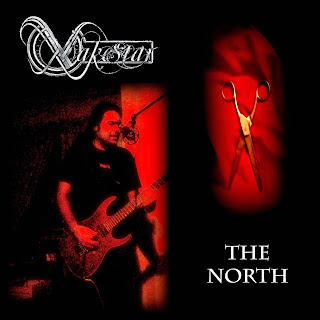 There are many retailers where you can purchase your favorite Xakestar songs, here is a quick list of the most convenient digital stores. Please click on the links below. (Each item opens in a new window)
Spotify
Amazon

Visit us in Soundcloud

This is to introduce and pay due respect to a number of expert music critics and journalists who established this blog to show their love for the British band Placebo. They also seek for good music, evaluate independent artists, and feature many interesting covers from bands around the globe. Check them out!
Placebo AnyWay Blog

info@xakestar.com
You can send emails to the band members using the address above. You will be connected to the management section using address below.
Kevin.Dunham@xakestar.com

Info-Package for A and R, Press, and Other Inquiries